Dean Windass believes that Max Aarons wouldn’t turn down a move to Tottenham this summer.

The 21-year-old right-back has been linked with the north London giants in the past, and is on their radar once again, according to Sky Sports, with Everton and Manchester United are both keen.

Spurs currently have two recognised right-backs on their books, but Serge Aurier wants to return to PSG this window, whilst Matt Doherty endured a tough first campaign with the club, meaning another addition is needed.

Who would you prefer to see as Tottenham's new manager? 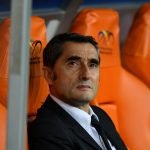 They’ve also been linked with Tariq Lamptey from Brighton, but their asking-price would appear to price Tottenham out of a deal, with Norwich’s £30m fee for Aarons much more affordable.

Aarons only turned 21 in January, but is not only a regular at England Under-21 level, he’s racked up 130 first-team appearances for Norwich – winning promotion to the top-flight on two occasions.

His only experience in the Premier League came with Norwich in 2019-2020, and whilst they were relegated, the right-back, who provided two assists in his 36 outings, was one of their standout performers.

When asked whether Aarons could make the step up to Spurs, Windass exclusively told This is Futbol:

“He’s a very good player, technically very good, he can hold his own in the Premier League.

“If clubs come calling, you’re not going to turn it down because in my opinion I would be saying, ‘we are going to be in a relegation battle this season.’ “