Yoshinori Muto was signed by Rafa Benitez during the summer of 2018 and it is safe to say that he has been very underwhelming and even a season out in La Liga has proved to be less than fruitful according to Spanish football expert, Euan McTear.

Muto was signed from Mainz for £9.5 million and even at that small of a transfer fee, his one Premier League goal in 25 appearances was enough to all but signal the end of his career on Tyneside.

Does Muto have a future at Newcastle? 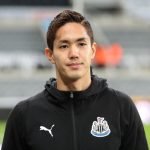 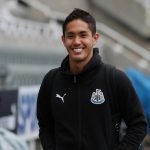 The £54,000 per week striker never appeared to fit into either Benitez or Steve Bruce’s style of play and was more often than not left out of the matchday squad and after finding the net just once in La Liga for Eibar who finished bottom of La Liga, there appears to be little hope of him having a future at Newcastle.

With the Magpies’ over-reliance on Callum Wilson last season was clear to see, so if Muto was a competent finisher or a fox in the box he could have been a secret weapon for Bruce but he couldn’t be much further from a deadly poacher, according to McTear who spoke exclusively to This is Futbol:

“Towards the end of the season Muto wasn’t even playing for Eibar and they finished bottom of La Liga. Muto managed to score one goal despite the way Eibar played as they basically always had two strikers in the box.

“He managed just one goal so if he couldn’t do it for the team that just finished bottom of La Liga, then I don’t see how he has a future at Newcastle.”

The Magpies must get their recruitment spot on this summer, much like they did last season with the likes of Wilson and Joe Willock arriving, because teams around them will be improving heavily this summer.