The club are in need of an additional forward following the departure of Sergio Aguero to Barcelona, and whilst they do have a capable option in the form of Gabriel Jesus, who has scored 82 goals for the club and is still only 24, the fact that he is being offered up as a possible swap candidate for Manchester City to land Harry Kane would indicate that he doesn’t truly have the faith of boss Pep Guardiola to replace the Argentinian, at least in the short term.

And speaking on the latest edition of Touchline Talk, Jones confirmed that Felix, valued at £72m on Transfermarkt, is someone that they are looking at bringing in, having done attempted to do so in previous windows. He also noted that Felix is reportedly a bit disgruntled in the Spanish capital right now, which might help them make a move for the 21-year-old:

“Joao Felix they’ve looked at twice before and are trying to get him in. He doesn’t seem entirely happy at Atletico Madrid right now; it wouldn’t surprise me at all if they were to look down that path.”

Would Joao Felix be a good replacement for Sergio Aguero? 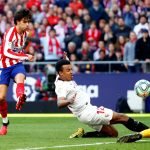 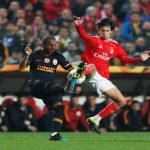 With 19 goals since joining Atletico Madrid in a spell that has been hampered by injuries, there is certainly a lot of potential for Guardiola to work with if they were to sign him. Especially if he is able to work the same magic that he did with Raheem Sterling, Manchester City could be set up for the next decade in terms of a goal threat.

And given the problems they seem to be running into in trying to sign Kane from Tottenham, this might actually be a more achievable option for them to pursue especially as Atletico are reportedly showing an interest in Bernardo Silva, so they might be able to come to some agreement that suits both parties.