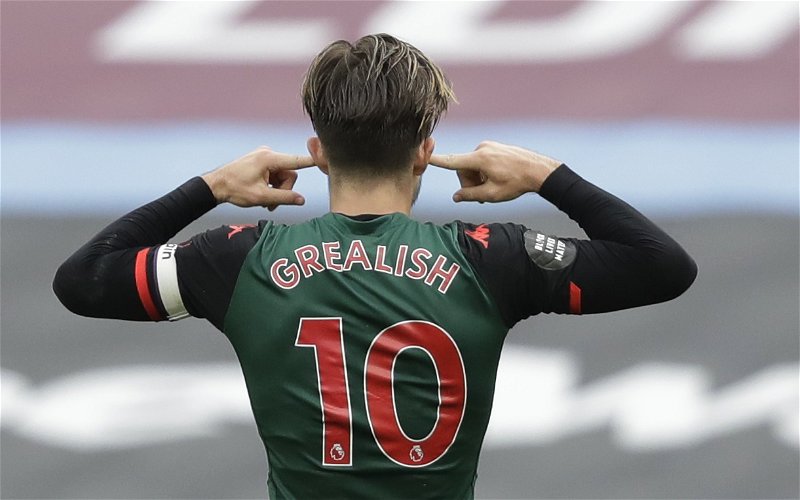 Manchester City chairman Khaldoon Al Mubarak has promised the fans that they will replace Sergio Aguero this summer, hinting that a huge spending spree is to come, and finance expert Kieran Maguire would not be surprised to see them splash out on Jack Grealish.

It has been a busy period of time for transfer rumours surrounding the Etihad as the likes of Harry Kane and Erling Haaland have both been linked, but a surprising one was that the Premier League champions were willing to spend £100 million on Grealish.

Grealish impressed during England’s 1-0 friendly win against Austria and despite only signing a new contract last summer to potentially put off clubs lodging a bid for the Aston Villa captain, Pep Guardiola still seems eager to have him at the Etihad.

Asked if the fact that Grealish had never competed anywhere near the heights of the Champions League would be something that could put off Man City paying £100 million for him, Maguire exclusively told This is Futbol that it would not be an issue:

“Jack Grealish is an absolutely amazing player to watch and I don’t think that Villa not competing for the Champions League will be an issue because he’s proven in the Premier League.”

However, Man City wanting a top player like Grealish, and being able to afford him, would appear to be two different things, but not according to Maguire as he added:

“If you could put him into a midfield where he’s got really classy attackers around him then he would be a huge asset. So, I don’t see £100 million as unreasonable.”

If Guardiola was to get the man he hailed as ‘incredible’ last season then he would have to make him the first player from the Premier League to be bought for £100 million by a fellow domestic side.