After impressing during Sweden’s 0-0 draw against Spain last week,  people have started to realise why there is so much hype and excitement around Alexander Isak, and La Liga expert Euan McTear believes that he would be a better player for Arsenal than Alexandre Lacazette.

Isak has been plying his trade at Real Sociedad for two seasons now and last campaign was certainly a standout one for the 21-year old who netted 17 goals in La Liga and also won the young player of the year award. 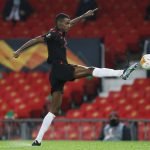 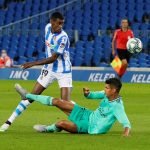 There have recently been some links suggesting that a move to the Emirates could be on the cards and a string of impressive performances for Sweden at the Euros will certainly not do his chances of a move to the Premier League any harm.

Arsenal struggled for consistency in front of goal last season with their top scorer being Lacazette with 13 goals, and if they can bring in a player of Isak’s quality to replace the Frenchman then it would be a marvellous piece of business, according to McTear, who spoke exclusively to This is Futbol:

“I think Isak is a lot quicker than Lacazette and he is also a lot more technical as well but I think Lacazette maybe arrived with a lot of promise but maybe he hasn’t achieved what Isak has done at such a young age.

“I think if you lose Lacazette and can bring in Isak then that’s fantastic.”

Lacazette has split opinions over the last two season at the Emirates, however, his goal-scoring record is quite impressive considering he has often had to compete with Pierre-Emerick Aubameyang in the final third.

Isak has impressed out in Spain since he joined Sociedad and perhaps at least one more season in Spain where there would not be as much pressure and scrutiny over him and his actions could be the best thing for his career.