This comes after Leeds journalist Graham Smyth shared a post on his Twitter page sharing footage of a pass Klich made during the build-up of Poland’s goal in their recent 1-1 draw against Russia.

The footage shows Klich putting in a lofted pass from midfield into Russia’s penalty box that eventually led to Poland taking the lead through Jakub Swierczok.

This post then gathered a lot of replies from Leeds fans, who were not shy in sharing their thoughts on the matter.

So, what did these Leeds fans have to say in response to Smyth’s post on this footage of Klich?

“Had a very good game tonight”

Looking at the replies to this post from Smyth, it appears that these Leeds fans were very impressed with not just the pass shown in the footage but his overall performance in the match.

Do you think Leeds should keep or sell Klich this summer? 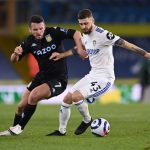 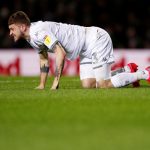 Given how Klich only managed to earn himself a fairly underwhelming overall season rating of 6.51/10, with only four Leeds players below him that made more than one Premier League start according to WhoScored, it seems that the midfield man will have to start putting in the type of performances he did for Poland next season with Leeds.

In our view, despite it only being footage of one pass in the game against Russia, it showed that Klich can be a useful player in a team as well as provide an attacking threat and therefore should still remain in the Leeds squad despite his rather uninspiring season.

In other news: ‘He knew’ – Tyler Roberts reveals behind-the-scenes Bielsa details at Leeds