Wolves journalist Nathan Judah thinks that the club will cash in on forward Rafa Mir this summer following his recent loan spell.

Having struggled in England at Wolves and during a loan spell at Nottingham Forest, the Spaniard, valued at £5.4m on Transfermarkt, seems to have reinvigorated himself whilst with Spanish side SD Huesca, scoring 25 goals in 56 appearances that include 13 goals in La Liga.

Given his contract at Wolves runs out next summer, the club are in a bit of a sticky situation when it comes to his future. Do they cash in on his success now, or do they try and give him another go of being able to create something for himself in English football?

Speaking on the E&S Wolves podcast, Judah felt that the club need to cash in on him now, as realistically he is only going to be a third-choice forward and could be worth more to the club in the bank rather than on the pitch:

“I know a lot of people want to see Mir next season saying ‘Could he be the third striker with Raul [Jimenez] and Fabio [Silva]?’ I think it makes sense to cash in, that’s probably realistically what they’re going to do.” 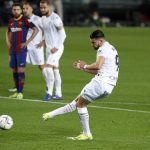 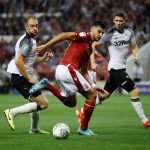 There’s a lot of risk associated with the decision whichever way they go. If they let him leave, and Jimenez and Silva don’t produce a vast number of goals between them, then Wolves could be on for a repeat in terms of this season’s league finish.

But at the same time, keeping him risks resentment if he knows he might not get that many games being third-choice and deserving of playing time, which his recent goal return indicates he probably deserves a fair shot at.

You certainly don’t want to be in the decision-maker’s shoes this summer. It’s a tough one to work out.