Sky Sports reporter Nick Wright has been speaking on the latest edition of the Pitch to Post podcast to discuss Everton’s transfer plans ahead of the summer window.

The Toffees go into the final game of the season with a spot in Europe a real possibility. A point in their game against Manchester City could prove enough for Carlo Ancelotti’s side but it is dependant on results involving Tottenham Hotspur and Arsenal.

Will Everton qualify for the Europa League? 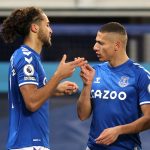 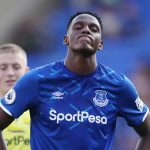 Everton’s hopes of playing in Europe took a huge blow last week in their shock defeat against the league’s bottom side, Sheffield United, but they bounced back against Wolves to give themselves a fighting chance of securing a European place.

Looking forward to the summer transfer market, Wright discussed how Ancelotti could be looking to improve his Everton side this summer.

He said: “Ancelotti has made a great impact there and we can all see the positive things he’s doing at Everton.

“I think he really needs to strengthen his squad. I mean, fundamentally, that’s what he’ll be looking to do this summer, you know, he will be looking to overhaul a little bit and make them a strong proposition.”

Everton have had a turbulent season, to say the least. The Toffees made an excellent start to the 2020/21 campaign but fell off the tracks to slip outside of the Europa League spots.

However, they have had quite a few injuries along the way and it does beg the question of whether they would have been in a better position had they strengthened their squad depth last summer.

It feels like this summer has the potential to be an important one for Ancelotti, and if the Toffees do make it into Europe, we feel they will have no other option but to strengthen considerably.

In other news: ‘They are talking’ – Reliable journalist drops big Everton transfer update