Peterborough United Director of Football Barry Fry has told This Is Futbol that Ivan Toney is so good he could win the Premier League’s Golden Boot next season if he leaves the club, amid links with West Ham United.

Toney scored 31 goals in the Championship before adding another in the play-of semi-finals, and he has been linked with a move away from the club this summer.

The Daily Telegraph has reported that he is almost certain to make the move to the Premier League in the next transfer window.

Do you think West Ham should sign Ivan Toney this summer? 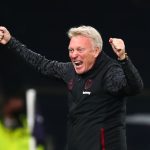 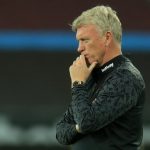 The Sun have separately reported that there is interest from both Chelsea and West Ham United in signing him this summer.

Brentford are said to have slapped a £35m asking price on his head, and asked whether he is good enough for a calibre of club as the likes of the London duo, Fry said:

“He will go in the Premier League, hopefully with Brentford. But if they don’t they might have to sell for a lot of money.

“And I’m telling you he’ll be the Golden Boot winner in the Premier League next season, that’s how good he is.”

Toney has only ever managed 10 minutes of Premier League football in his career, with all of them coming for Newcastle United.