West Ham United: Ex-WHU Employee suggests that the club could play Celtic in a pre-season friendly

One of the topics that he spent a little bit of time on was the Hammers’ pre-season schedule, and he revealed that the club could be playing Celtic.

No one has confirmed this, but Ex has suggested that at some point during pre-season, Moyes’ side will face the Bhoys ahead of the 2021/22 season.

He said: (1:12:57) ” I don’t know the first team [pre-season fixtures] yet, [there have] been rumours that we’re [going to] play Celtic, which would be really, really good if that comes off.

“So I’d like us to play Celtic, particularly, if it was at their ground that’d be a really good one to go to.”

Do you think that playing Celtic would be a good idea? 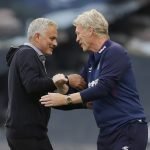 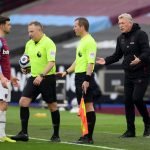 Given that the Premier League plan to have full stadiums by the time the 2021/22 season starts, it would be great if the Hammers do play the Bhoys and fans are allowed in to watch the match.

Given how big a club Celtic are, playing them either home or away even in a pre-season fixture could be a special occasion, and we would like to see it happen.

Considering most clubs often play abroad for their pre-season, it would be nice to see the likes of West Ham play most of their pre-season games on English soil especially given the situation.

So, we will have to see if the Hammers do actually play Celtic, but it is clear that Ex is keen for it to happen, and we think it could be a good idea as well.