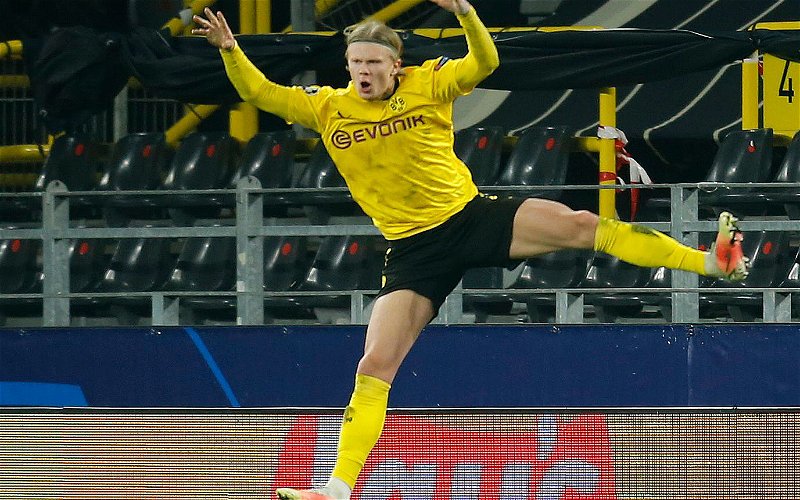 A lot of Tottenham Hotspur fans have flocked to a post from The Spurs Web, which has relayed a report from the Daily Mail concerning Erling Haaland.

It claims that Tottenham have held secret discussions with the Borussia Dortmund striker as they look to replace Harry Kane, who is set on leaving Spurs this summer.

This has drawn the attention of these Tottenham fans, who are less than impressed by the claims.

“How embarrassing thinking Haaland would ever join spurs.”

“Levy thinks by leaking this garbage we’ll believe there is ambition and that’s good enough to placate the fans?”

“OMG when will anyone realise we will NEVER get anyone like that to Spurs until someone else owns the club. What next, Haaland up front with Messi just sitting behind being fed balls by De Bruyne. Laughable story!”

Do you think Tottenham have any chance of signing Haaland?

Haaland has an incredible goalscoring record for Dortmund, as he has scored 55 goals in his 58 games for the club.

The Bundesliga side have also just won the German Cup and have secured Champions League football for next season – which is something Spurs won’t have – so you can see why these Tottenham fans are baffled by the rumours.

Of course, if Kane leaves, you could argue that Spurs would have the money for Haaland, but it is clear that these Tottenham fans don’t see their club signing the Norwegian international.

In other news: ‘He’s a beast’, ‘That should make Kane stay’ – Many Spurs fans buzz after seeing who could join