Lots of Newcastle United fans have been talking about the club’s links with a move for Tosin Adarabioyo.

The Athletic have recently reported about Newcastle, saying that Tosin is admired by the Magpies and Arsenal and he is open to leaving Fulham at the end of the campaign. He is said to have a buyout clause in his contract at Craven Cottage and while Steve Bruce’s side are interested, Arsenal boss Mikel Arteta knows the defender well from their time at Manchester City.

Should NUFC move for Tosin Adarabioyo? 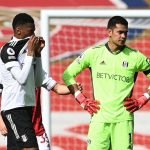 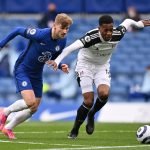 Tosin had joined Fulham on a permanent basis last summer, as the London club shelled out a fee of £1.49 million. He had spent the 2019/20 campaign on loan at Blackburn Rovers.

The news about Newcastle’s chase for Adarabioyo was relayed on Twitter by NUFC360. Many Toon fans made their views clear about this.

What did NUFC fans make of the links with Adarabioyo?

“Him, Pereira and Berge are the ones i would look at from det relegated sides.“

“Him, Andersen, Anguissa, Maja/Lookman and Lemina for me. If we are to get anyone currently at Fulham.“

“Take him in a heartbeat, got all the attributes to be a top centre half. Only 23. Going to get better and better.”

“That would be a good signing.“
@DDriveklepp
“Would be super.”

“Tosin would be a solid addition and bring physical attributes lacking in our current defensive options. Would also consider Lemina, Reed, Aina, Lookman, RLC and Anguissa from Fulham. #nufc“

The ex-Manchester City man has been a regular for Fulham this season, playing 31 times and only seven Fulham players have grabbed a higher rating than him, which shows that he’s certainly had a decent campaign (per Whoscored).

Newcastle have four out-and-out centre-backs right now and considering Jamaal Lascelles’ injury issues, they might need another defender. Keeping in mind Adarabioyo’s experience in the Premier League and his performances, he might be a good option for the Magpies.

In other news: ‘Greed is getting a bit irritating’ – Many NUFC fans blast ‘pointless’ 26 y/o who ‘had a shocker’