In an exclusive interview with This is Futbol, Rob Lee, who made 343 appearances for Newcastle United, has admitted it is good to see Fabian Schar back in action despite his straight red card against Arsenal.

Schar went off during the Magpies’ 3-2 win against Southampton after he tore ligaments in his knee and many thought that could’ve been his last game of the season, but he made his comeback by playing for Newcastle’s under 23s as he stepped up his recovery, before playing the final 18 minutes against the Gunners.

Should Schar start for Newcastle? 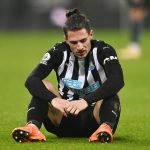 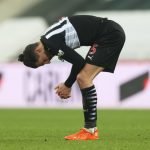 The 29-year old is set to be out of contract at the end of next season and there have been no talks to extend his stay at St James’ Park yet, but some regular first-team minutes next campaign will be necessary.

Speaking on why the £40,000-a-week defender could do well if given a chance this season and how it’s great to see him back out on the pitch, Lee told This is Futbol:

“On his day he is a very good defender in a three-man defence and that’s something we are lacking, very good players. So it’s nice to have him back.

“We are running out of games this season but towards the end, once we’ve guaranteed safety, you could give him more starts just to keep up his fitness, but it depends on how you want to play next season.”

The Switzerland international was signed in the summer of 2018 following Deportivo La Coruna’s relegation from La Liga and an impressive World Cup with his national side.

Schar has scored some great goals during his Newcastle career, including a goal of the month winner against Burnley as he hit a long-range effort crashing in off the post.