Mike Ashley is set to lock horns with the Premier League in an arbitration case later this year and the Director of Football at Peterborough, Barry Fry, has exclusively told This is Futbol that it would be best for everyone if Ashley sold Newcastle United.

In the last week, it has emerged that the arbitration case launched by Ashley to try and push through the collapsed takeover led by Amanda Staveley will begin in July this year. 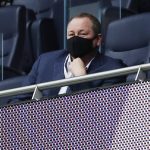 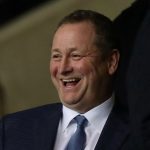 Mike Ashley believes that ‘dark forces’ are holding the Magpies back in terms of becoming a bigger club and that is why he wants to take on the Premier League in court to try and eventually get Newcastle sold.

Ashley has been attempting to sell Newcastle for several years now as he looks to put more money into the high street and Sports Direct and a sale of the club would be best for everyone, that’s what Fry thinks as he spoke exclusively to This is Futbol:

“I think for everyone’s sake Mike should sell the club but at the end of the day, Mike’s a businessman so unless he gets offered the price that he’s asking for, he won’t sell, simple as that.”

In recent weeks Ashley has launched a second legal battle against the Premier League which is down to anti-competition and a loss of interest due to the league putting off making a decision on the potential takeover last year.

Meanwhile, on matters closer to the pitch, there have been reports that Steve Bruce is set to be offered a new contract at the club after guiding the Magpies to a second consecutive season above the drop zone.