Romano appeared on the latest episode of his Here We Go podcast and spoke about multiple potential transfers in European football. One player that he focused on was Konate and whether Liverpool are close to signing him or not.

The journalist stated that the Reds are convinced that they’ll sign him and it’s only a matter of whether they’ll negotiate with Leipzig or meet the defender’s release clause.

Will Konate be Liverpool's first signing of the summer? 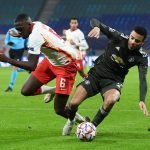 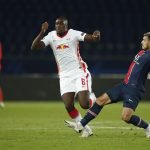 It has been stated that Liverpool are at the front of the queue to sign Konate in the summer, with the defender having a release clause in his current deal.

Romano made it clear that the player wants to join Liverpool and the saga is similar to the deal which sent Kai Havertz to Chelsea last summer.

The journalist stated: “It reminds me of the situation of Havertz with Chelsea last summer, when the deal was almost completed one month before announcing everything. With German clubs, it takes time to complete everything.

“There is a release clause, Liverpool are fighting for a Champions League place, so obviously they are taking their time and then they will complete everything. They have the agreement with Konate for a five-year contract, they are preparing everything because they want to sign Konate.

“The player wants to join Liverpool, just waiting to see how it’ll be completed – paying the clause or finding agreement with Leipzig. But Liverpool are convinced to sign Konate and the deal will be complete.”

Liverpool moved into the top four of the Premier League following their win over Burnley and while their result on the last day of the season will determine their spot, finishing in the top four could be a massive boost for the Reds.

It could help them earn more finances and that could help the club meet the asking price or release clause for Konate, so finishing in the top four should be key for Jurgen Klopp’s men with regards to the deal.

In other news: ‘Stood up to the challenge’ – BBC pundit wowed by ‘dominant’ Liverpool man