Newcastle United fans on Twitter have been responding to the latest piece of transfer news to emerge concerning the Tyneside club.

The article claims that Steve Bruce’s side are plotting a move to sign Hull City attacker Mallik Wilks alongside fellow Premier League side Crystal Palace.

This post then grabbed the attention of a lot of Toon supporters who were not shy in sharing their thoughts on this latest update.

So, what did these Newcastle fans have to say in response to this latest transfer news?

“No disrespect but he looks about 40. Has Ashley changed his policy on players age then?”

“Signing a prolific League One striker? Wow that is exciting”

“Wow inspirational signing… Yet again proof that there is NO takeover”

“Must be hopeless if we’re signing him. Does no one else want him???”

Hull originally signed Wilks back in the 2020 January transfer window on a loan deal from Barnsley before signing him on a permanent deal for an undisclosed fee last summer. 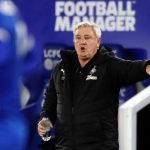 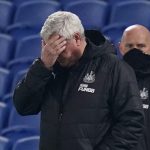 Overall, the 22-year-old, who is currently valued at £720k, has made 69 appearances for Hull in which he has managed to score 27 goals and provide nine assists in the process (per Transfermarkt).

Looking at the replies to this post, it appears that these Newcastle fans are not particularly excited by this latest transfer news linking their club with a move for Wilks.

However, given how current Newcastle attackers Callum Wilson and Allan Saint-Maximin have had their fair share of injury issues this season, and the fact that Wilks has played on both wings and in the centre-forward position throughout the latest League One season, perhaps he could be a cost-effective backup option for the Toon moving forward, in our view.