Duncan Anniss has been speaking on the latest edition of the FYP podcast to discuss everything related to Crystal Palace.

One topic of discussion was the recent form of Palace’s star man, Wilfried Zaha.

Do you think Zaha is playing with a knock? 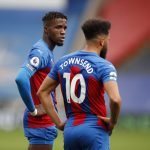 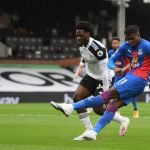 The Ivory Coast international has made 27 appearances in the Premier League for the Eagles this season and in those games, the winger has netted on 10 occasions (via Transfermarkt).

However, the 28-year-old has just one goal to his name in the Premier League since January which came in their 2-1 defeat against Leicester City.

Anniss noted a recent dip in form for the Ivorian and the pundit has questioned whether Zaha is playing at full fitness.

“And he had that funny thing where he’s sitting down at halftime on the pitch and I noticed it a couple of times last night [vs Southampton] as well.

“He was sort of doing the circle with his leg. I don’t think he’s fully fit at the moment; I think he’s got a slight problem with his groin.”

On the whole, Zaha has had a much better season this campaign with 10 goals to his name, whereas, last season the winger played all 38 games in the league and only found the back of the net four times.

However, since the turn of the year, Zaha has only scored twice in the league but has suffered from injuries that have kept him out for around a month (via Transfermarkt).

With this in mind, we wonder whether the 28-year-old has not fully recovered from those injuries and is still slightly struggling.