Pundit claims Bertrand will know his next club | thisisfutbol.com

Rob Lee, who played for five different clubs during his career which saw him make 280 Premier League appearances, has exclusively told This is Futbol that Ryan Bertrand will already have a new club lined up for next season.

Bertrand announced earlier this month that he would be leaving Southampton when his contract expires this summer which will see his relationship with the Saints come to an end after being with the club since 2014. 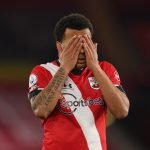 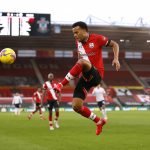 There have been reports linking him with a move to Arsenal as Mikel Arteta continues to build his squad and Bertrand could prove to be a quality back-up to Kieran Tierney, and allow Arteta to play the Scotland international as a centre back in a three at the back-formation.

Bertrand would bring a wealth of Premier League experience and a winners mentality from when he won three trophies at Chelsea and Lee would not be surprised to see him move back to London, telling This is Futbol exclusively:

“Yeah, I like him but if he’s leaving there’s no way he’s not got something lined up and maybe that’s someone like Arsenal as he could go back to London.

“He definitely has something lined up because there’s no way Ryan Bertrand goes out of contract and his agent hasn’t sorted something out for him, and I think it will be in the Premier League.”

The £70,000 per week defender was part of the starting line-up when Chelsea beat Bayern Munich in the Champions League final which was played in Bayern’s own stadium.

The former Chelsea full-back was never an England regular but he has earned himself 19 international caps which were all but two, earned during his time at Southampton.