Arsenal insider Charles Watts has given his view on the situation surrounding the future of Willian at the Emirates.

A tweet from credible journalist Fabrizio Romano over the weekend revealed that the Brazilian is expected to leave Arsenal this summer following just one year at the club after he signed during last summer’s transfer window.

The 32-year-old signed on a three-year deal but looks set to only see out one of them, perhaps as part of the planned overhaul that looks set to take place at the club over the summer.

And speaking on the latest edition of his show (9:42), Watts seemed to be pretty happy with the news as he felt that the time was right for Willian to move on after what has been a disappointing season, in which he only scored one goal in all competitions:

“It’s been an absolute disaster from start, well from after the Fulham game on the opening weekend basically until now. And if Arsenal can find a way of getting Willian out the door, maybe to MLS or something like that, it will be absolutely huge for them, release a lot of wages off the wage bill and they could give that opportunity to someone else.

“Like I said, Arsenal are going to be trying to certainly reduce their squad size this summer, especially without European football, so if you can manage to move someone on like Willian then it’ll be a really, really big boost for Arsenal.

“Whether they get any money for him, that remains to be seen. Personally, I think if you get any sort of club coming in for Willian, the fact Arsenal didn’t pay any transfer fee for him, just get him out the door. Just go and get those wages off the wage bill and move on from what has been a horrible, horrible signing for Arsenal.”

Has Willian been letting Arteta down? 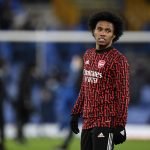 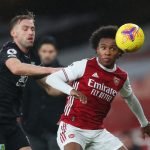 Watts is certainly right when it comes to his wage bill, with the Brazilian reportedly the club’s third highest-paid player on £192,308 per week (via spotrac), and if the club can get that out of the club, plus take in any sort of transfer fee for him then it really should set them up well for the big rebuild that they have planned.

This summer should be a chance to look and build for the future, and at the age of 32 and based on his production levels, Willian was probably never going to be a part of that.

And potentially, his move is just the first of many that will head out of the club in order to help Arsenal reach the heights that they are used to.