Lots of Leeds United fans have been talking about a news update involving former goalkeeper Marco Silvestri that emerged on social media.

Italian outlet La Gazzetta dello Sport (via Football Italia) have recently reported about Inter’s summer transfer targets and it has been reported that one of the club’s main targets is ex-Leeds and current Verona goalkeeper Marco Silvestri, alongside Udinese goalkeeper Juan Musso.

Was Silvestri a good goalkeeper for Leeds? 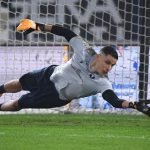 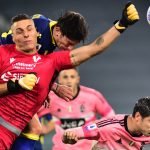 This news update was relayed on Twitter by journalist James Marshment. Many Leeds fans made their views clear about Silvestri’s current situation.

What did Leeds fans make of the news about Silvestri?

“It still blows my mind this but I believe he has meant to have done really well in Serie A. I remember seeing him feature in Team of the Week alongside Ronaldo. What a glow up he’s had.”

“Rather have Sylvester the cat.“

“Ask them if they want Kiko?…“

At Leeds, the Italian had played 98 times in all competitions for the club and managed to keep a total of 23 clean sheets and letting in as many as 123 goals (as per Transfermarkt).

“Got to be for the banter this.”

“This cannot be true.”

A lot of these Leeds fans seem in disbelief about this news and they seem surprised by the news update.
Having said that, Silvestri has been a regular for Ivan Juric’s Verona in recent seasons and he’s played regularly in the current campaign too. Apart from the current season, the 30-year-old overperformed on his post-shot Expected goals metric in Serie A, which shows that his shot-stopping is decent (As per FBRef).
Keeping that in mind and considering Samir Handanovic’s poor performances for Inter, it is easy to see why Antonio Conte wants Silvestri at his club. And perhaps, Leeds fans should be glad for their former player.
In other news: ‘Something is not right’, ‘He looks jaded’ – Many Leeds fans concerned about £3.15m-rated star