Windass says Pereira not a good fit for Leeds | thisisfutbol.com

Several clubs are interested in the Brazilian attacking midfielder, who’s likely to leave West Brom this season following their relegation to the Championship.

Would Oxlade-Chamberlain be a good signing for Leeds? 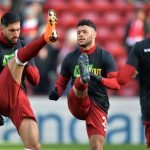 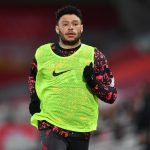 Pereira first caught the eye during a loan spell at the Hawthorns last term when he provided a remarkable 20 assists to help the Baggies get promoted back to the Premier League.

He’s not been able to repeat those numbers but has still managed 10 goals and six assists in 32 appearances, which included a scintillating performance in the victory at Chelsea last month when he contributed to two of West Brom’s five goals.

Pereira can play anywhere along the front three, but his best position is centrally, and Leeds – along with Premier League rivals Leicester – have joined the race to sign the Baggies talisman, who could cost £30m.

He’ll get the perfect chance to showcase his talent when West Brom and Leeds meet at Elland Road on the final-day this afternoon, but Windass doesn’t believe that Marcelo Bielsa would be able to accommodate the 25-year-old attacker in his current system.

“I think he plays as a number 10 and Bielsa doesn’t play a number 10,” the former Sheffield United striker told This is Futbol.

“He plays Phillips and two midfielders. It’s not a fit, you can’t be a luxury player under Bielsa. He’s a great talent don’t get me wrong.”