Derby County: David Prutton reveals his concerns for the club

Sky Sports pundit David Prutton has been speaking on the latest edition of Sky Sports’ EFL Podcast about Derby County’s future and other news from the Championship, League One, and League Two.

The Rams stayed up on the final day of the Championship season thanks to a 3-3 draw with Sheffield Wednesday, but there are still many off-the-field issues to deal with.

The EFL have won their appeal against Derby over FFP, so the Rams could still be relegated this season but more likely will face a points deduction for the start of next.

The proposed takeover by Erik Alonso also seems to have hit some serious problems with very valid concerns around the Spaniard and his money.

Prutton even claims that this latest takeover has collapsed, though that is not the case yet.

He said: (10:10) “Now they find themselves in a position where it’s plural takeovers that haven’t gone through. 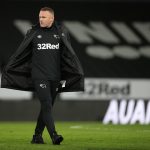 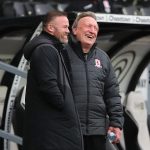 With the potential points deduction and doubts over another takeover after the one by BZI collapsed as well, it is clear that there are some serious problems that the Rams have to deal with.

If the takeover doesn’t happen and then they are handed a points deduction for the start of next year, you would think the club could be in serious trouble before the 2021/22 season even begins.

We hope that the EFL are lenient with the Rams and that the takeover does go through, or they finally find an alternative buyer because we think that their fans have suffered enough this season.