Football finance expert Kieran Maguire has been speaking on the latest edition of The Price of Football podcast about all of the financial news from the world of football.

One of the topics that he spent some time covering was the news that Wigan Athletic’s takeover by Phoenix 2021 Limited has been completed.

Phoenix 2021 Limited confirmed that they had taken over the Latics earlier this week, and Maguire offered his thoughts on the deal.

He said: “Fantastic news, it was confirmed on Tuesday.

“Things started to drip through because there’s a company called Phoenix 2021, which had been formed a couple of months ago.

“I spotted something at Companies House early yesterday that all of a sudden, £3.6m had mysteriously gone into their bank account, which I can only assume was then used to buy Wigan.

“So it’s good news the club can now move forwards; they’ve got the Bahraini consortium effectively in charge.”

Are you confident about the future? 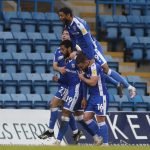 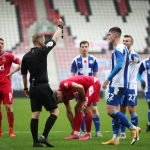 TIF Thoughts on the Wigan takeover…

The consortium, in their statement, promised a brighter future for Wigan, and it seems as if Maguire thinks that the Latics can look forward to that as well.

Wigan are in the relegation zone in League One with eight games remaining and are one point off safety, so it will be interesting to see if they can preserve their League One status and start the rebuild from there or if the new owners will have to prepare for League Two instead.

The Latics won the FA Cup in the 2012/13 season, but were relegated from the Premier League in the same season, and since then, they have been in either the Championship or League One, and we hope that the new owners can rebuild Wigan as a club.

Certainly, they are making the right noises, but we will have to see what actions they take before making a proper judgement.