Middlesbrough: Jonathan Woodgate talks about his exit from the club 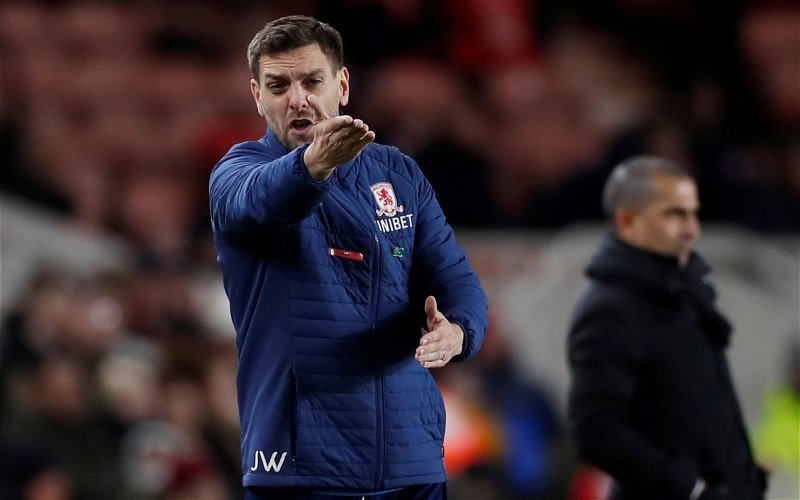 Former Middlesbrough manager Jonathan Woodgate has been speaking on the latest installment of the Official EFL podcast, where he talked about his departure from the club.

The 41-year-old was sacked by the side he made 112 appearances for during his playing career after a run of one win in 13 games left Boro hovering just above the Championship play-off places on goal difference.

Woodgate lastest just 41 league games at the Riverside Stadium, in what was his first senior management role, but has since gone on to have success with Bournemouth.

Nevertheless, his premature dismissal with the north-east outfit hurt the retired England international, and Woodgate recently opened up about his exit from the club.

He said: “It was a difficult, difficult time losing my job at Middlesbrough. Obviously, I was devastated for a while. I remember driving off from the training ground and not remembering how I’m getting home.

“To be honest with you, I was on that much of autopilot thinking, oh my God, I’ve got my dream job, and it’s gone, what do I do now? And that’s the thing, you sit back, and you look back on things you got right. Things that didn’t go to plan, things you’d change, and things you’d keep, and you just learn lessons, and you take them lessons all the way with you throughout your career.

“And like I said, this opportunity came along, right place at the right time at times. But yeah, I do have to say that I’d glad I had my family at that time because it was a really tough period for me.”

Although Woodgate’s time at Middlesbrough didn’t work out the way he would have hoped, the former defender has shown his managerial credentials at Championship rivals Bournemouth this season.

The Cherries are currently on a five-game winning streak in the league under his tutelage and are sitting comfortably inside the play-off places as they aim to regain their Premier League status at the first time of asking.

In other news: ‘It’s my understanding’ – Journalist reveals Crystal Palace have ‘been in contact’ with 42 y/o