Davis recently earned a new one-year contract extension at Ibrox having helped The Gers end a 10-year wait for a Scottish Premiership title.

Having signed for Steven Gerrard’s side from Southampton in 2019 on a free transfer (Transfermarkt), the experienced Northern Irishman has played 102 times for Rangers in his second spell with the club.

Gillespie, who won 86 caps for Northern Ireland during his own playing career, told Football FanCast that Davis’ quality was clear for all to see from an early stage:

“He’s another one I played with for Northern Ireland and as soon as I’d seen him in training for the first time, I thought wow, what a very, very good player.

“He was at Aston Villa at the time and I thought ‘he’s the sort to go and play for Man United or a top team’. He’s been fantastic for Rangers this season. He’s been an unbelievable servant for Northern Ireland and somebody that, when he plays well, Northern Ireland play well, and it seems to be that way with Rangers as well. He’s such an important player.”

Has Steven Davis been a success at Rangers? 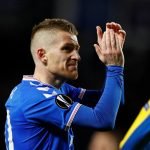 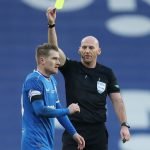 Davis has no doubt been a revelation for Gerrard’s side this term, a constant figure in central midfield, using his nous and experience to see the side through many difficult fixtures, including during their run to the Europa League round of 16.

Overall the 36-year-old has enjoyed a successful career, albeit not quite reaching the dizzy heights of a spell with Manchester United as predicted by Gillespie. So perhaps in helping to guide the Ibrox giants to a long-awaited league title, there has been an element of justice served for a player who Gillespie feels has been largely underappreciated.