Haaland, dubbed ‘lethal’ by Premier League legend Thierry Henry, is perhaps the most sought-after property in Europe right now and has been heavily linked with a host of elite clubs.

Recently, Premier League rivals Chelsea emerged as one of the leading protagonists for the 20-year-old Norwegian, but on the subject of Haaland&#8217;s future, Fry told Football FanCast he expects the Old Trafford club to rival the west Londoners.

Haaland, who is valued at an eye-watering £99m (as per Transfermarkt), has become a goal machine in Germany since arriving from Red Bull Salzburg, scoring 33 goals in just 32 appearances in all competitions this season. 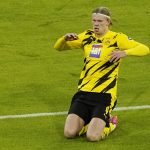 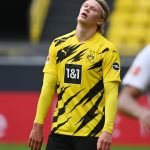 Despite an affordable release clause not coming into play until 2022, there’s a growing clamour to sign Haaland this summer among the continent’s elite.

Whoever does sign the 10-cap Norway star will be landing a game-changing star, who could feasibly provide an astonishing number of goals for many years to come.

For United, the club will be hopeful Ole Gunnar Solskjaer’s pre-existing relationship can be a positive factor as they look to close the gap on Manchester City once and for all.