Former Celtic star Joe Ledley has revealed that the Hoops turned down his request to train at the club’s training ground when he left Crystal Palace.

This came after Ledley appeared on the latest episode of The Celtic Huddle podcast and the panel talked about multiple issues involving the club. Ledley was asked about whether he was ever approached to return to Parkhead or not.

Are you disappointed that Ledley wasn't allowed inside the training ground? 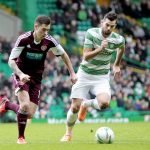 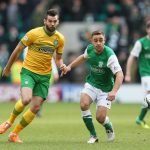 After departing Parkhead in the January of 2014, he joined Palace for three and a half years before leaving in 2017.

The midfielder, who is valued at £450k (as per Transfermarkt), made it clear that he didn’t have any problems with the rejection, as Celtic were in a title race and they didn’t need any distractions.

He stated (36:13) “When I left Crystal Palace, I messaged [Neil Lennon] and asked if I could come up and train, but I sort of wasn’t allowed inside. People wouldn’t let me come in, so it was just one of those things. The club was moving on as well, so I’d never criticise anyone.”

He later continued (36:54): “I think it was more because of media hype and they didn’t want me to come in and then speculation about me signing and stuff like that, so it was one of those things I totally understood. They (Celtic) were in a position fighting for the league and the last thing they want was speculation, so I just got on with it. I know Lenny. He would have had me any day to train, but certain things weren’t allowed.”

Going by Ledley’s comments, he wasn’t really disappointed that he wasn’t allowed inside the club and it does seem as if he was understanding of the situation that the club was in. Having distractions could’ve potentially derailed them in the title race.

If anything, it shows Ledley’s liking for the Bhoys and how much he understands the club. Fans should admire that.

In other news, ‘Hallelujah’, ‘Bit surprised by that’ – Many Celtic fans buzzing as update emerges