This follows a report from Football Insider claiming Spurs are interested in the 26-year-old’s services, having come close to making the signing during the January transfer window.

During his tenure in north London, Jose Mourinho has struggled to recreate the stubborn defensive displays that have become synonymous with his managerial career – leading to the belief the Portuguese boss will look to strengthen this summer.

Roberts, a former England central defender during his playing days, has told Football FanCast that Mourinho wouldn’t be going far wrong with Skriniar:

“They’re talking about the lad Skriniar at Inter Milan, £40m, £50m, £60m. Well, if you’re going to sell one of your better players, then you’ve got to go and use that money to go and get him. I’d rather pay [for] one player a year, but a real quality player.”

This season Skriniar has been an integral part of ex-Chelsea boss Antonio Conte’s Inter side, helping them go clear at the top of the Serie A table with an average Sofascore rating of 7.07 in 26 league outings.

Capped on 39 occasions by Slovakia and with 169 top-flight appearances in Italy, the man also linked with a host of rivals would represent an experienced high-quality option to bolster the Tottenham defence.

Valued at £49.5m (as per Transfermarkt), the Slovakian would represent an expensive outlay for Spurs, but it could be a necessary one if Mourinho is going to return the club back to challenging in the upper echelons of the Premier League next term. 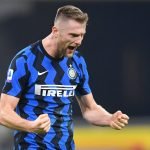 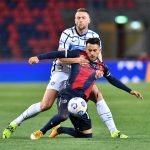 However, given concerns over Spurs’ finances, it remains to be seen whether bringing Skriniar to north London could even be made feasible in the upcoming months.