A lot of Tottenham Hotspur fans have flocked to a post from Hotspur Related, which has relayed transfer news concerning Koen Casteels.

Bild claim that Spurs are watching the Belgian international before making a potential move for him in the summer to replace Hugo Lloris (Bild via Sport Witness).

This post drew in these Spurs fans who all had their say.

“this would be fantastic”

Do you think Casteels would be a good signing?

Yes, bring him in 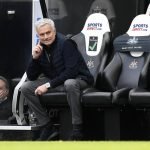 Casteels has made 172 appearances for Wolfsburg and has been capped by Belgium once, and he has helped his side up to third in the Bundesliga table this season.

Wolfsburg have conceded the joint-least goals in the league, and Casteels has kept 13 clean sheets, so he has had an impressive season, and it is no wonder Spurs are watching him.

This post continued to draw in Tottenham fans who want to see Casteels at their club.

It will be interesting to see what happens in the summer, but it is clear that many Spurs fans want their club to go out and sign Casteels from Wolfsburg this summer.