Former Tottenham boss Mauricio Pochettino has been earmarked as a potential successor to Pep Guardiola as Manchester City manager.

This comes from former City centre-back Steve Howey, who has named the current Paris Saint-Germain manager as a potential replacement for the Spaniard further down the line.

Guardiola is currently enjoying his longest spell in charge at any club following his 280th match against Leicester City at the weekend.

That spell supersedes both his time with Bayern Munich and Barcelona – earning 2.37 points per match on average during his time in Manchester.

Having recently signed a new contract to remain at the Etihad until 2023, Guardiola is well on his way to leaving an incredible trophy-laden legacy, one Howey claims will be hard to follow. He told Football FanCast:

“You’ve got Diego Simeone at Atletico Madrid and there’s maybe one or two others like Tuchel at Chelsea who is very well thought of, but it was a strange one when he left PSG.

“Obviously, Mauricio Pochettino is at PSG now. So if he does well then he could potentially be a suitor for Man City. It’ll be interesting to see how things pan out over the next season or two.”

Would Pochettino be an adequate Guardiola replacement? 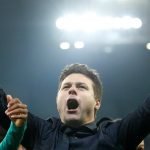 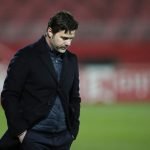 Should both managers mastermind their sides through UEFA Champions League quarter-finals in the next fortnight, the two could meet in a semi-final having been drawn together.

Ironically during his time in England, Pochettino took Spurs past City in the quarter-finals on their way to the final – albeit an unsuccessful venture.

Despite the Argentine’s coaching nous, he is currently struggling to guide a star-studded PSG side to the top of Ligue 1 having lost at the weekend to title rivals Lille.