With Sergio Aguero’s departure confirmed a few weeks ago, Manchester City have had their name thrown into the debate about the Dortmund forward’s future, with City boss Pep Guardiola even hinting that the club could be interested in signing him at some point in the future.

If the club were to sign him this summer though it would certainly cost them a pretty penny, with a recent ESPN report claiming that his transfer fee alone would be as much as €180m (£156m). And that’s why, speaking on the TalkSport Gameday podcast, Crook felt that this wasn’t going to be the transfer window that the club made a move for him:

“It’s just not part of the Manchester City business model to pay, what, £200m when you take into account wages and agent’s fees for one player. What they do is they spend a lot of money accumulatively on a number of players to make the squad really strong. I don’t think they’re going to break the bank for Erling Haaland.”

Would you like to see Erling Haaland join City? 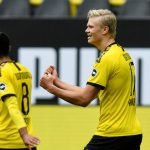 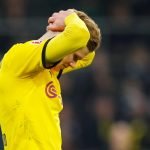 In any other season, then you still wouldn’t rule out Manchester City making a move for Haaland even with that astronomical price.

But as their recent finances show, even for a club as rich as them this move does seem like one season too early. And with his release clause set to plummet next summer down to as little as £63m, once the club have another season of better attendance and finances under their belt, that will be the time for them to make their move.

It’s then just a case of making sure that they fight off all the other suitors in the process in order to nab his signature.