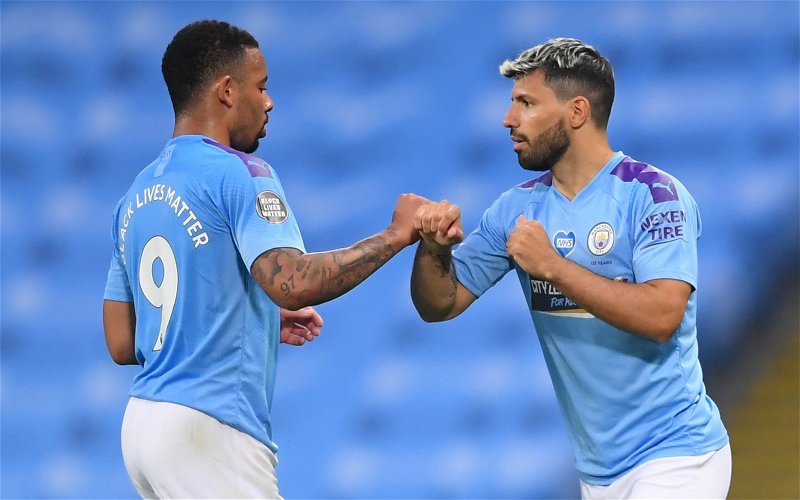 Steve Howey has claimed he would not be surprised to see Manchester City signing Danny Ings from Southampton this summer as a replacement for Sergio Aguero.

Following confirmation that the Argentine club servant will be leaving at the end of the season, an inevitable gap will be left in Pep Guardiola’s squad up front.

Other than the departing Aguero, the Cityzens only possess one natural striker in Gabriel Jesus.

Consequentially, recent reports have seen a host of forwards linked with a switch to Manchester – including the likes of Harry Kane of Tottenham and Borussia Dortmund’s Erling Haaland.

However, for Howey it is a target closer to home than stands out most.

Southampton and ex-Liverpool and Burnley marksman Danny Ings will be in the final 12 months of his Saints deal in the summer, and Howey believes the home-grown talent will be the man to fill Aguero’s boots.

“I’ve always liked Danny Ings. I remember Newcastle were interested in Danny Ings and the fee was £10m then £12m then £15m and I know he’s had his injury problems, but he’s a goalscorer. Last season he had a fabulous season.

“That wouldn’t surprise me, he’s a good footballer, he’d have good link-up play. But Pep sometimes doesn’t really play with an out and out number nine. Look where Jesus was the other week against Manchester United, tackling on the edge of his box badly, but he was there.

“Sometimes they’re strange ones, but they seem to work out. If it’s paper talk it’s paper talk, but if Guardiola has looked at it then he feels like he can do something.”

Ings, who is valued at £19.8 million (as per Transfermarkt), has scored 9 goals and added a further 4 assists this season in just 23 appearances, roughly meaning he has contributed directly to a goal in more than half of his Southampton appearances this season.

Despite previous injury woes, Ings has remained an efficient and prolific option but one that could be much more affordable than other options.

With just 12 months left on his deal in the summer, Southampton will not want to risk parting with a key asset on a free transfer and could be tempted to cash in on the England international.

With City marching towards the title as a gap at the top emerges, a cheap Ings acquisition could free up funds elsewhere to ensure that silverware continues to flow in Manchester.