Liverpool journalist Marcus Banks has been sharing his disappointment over FSG’s involvement in the European Super League.

This comes after Banks made an appearance on a recent episode of the Liverpool Echo’s Blood Red Podcast where he spoke about a range of subjects surrounding the Merseyside club at the moment.

On the subject of Liverpool’s involvement in the European Super League, Banks had this to say on the matter, specifically around how it may have impacted Reds manager Jurgen Klopp.

He said: “The one thing that done it for me is the fact that they went completely against everything Jurgen Klopp stands for – the manager who’s been, in my lifetime, the best thing that’s ever happened to Liverpool, the manager who understands the club, understands the ethos, connects with the fans on a level that I don’t think anyone has seen before since the days of Shankly.

“The connection between Klopp and this club is almost mythical, he’s such a perfect manager for everything Liverpool stands for as a city, as a club, and FSG knew that he was going to be against the Super League idea, he gave that interview in 2019 where he said he wouldn’t be a part of it.

“For FSG to go completely behind his back and try and implement an idea that he was so inherently against, it doesn’t sit right with me.

“The fact that it could have [driven] a manager like Jurgen Klopp, a manager who has been so good for this club, a manager who the fans absolutely adore out of this club, is vile, and if that had happened, then so many of the fans will have walked with Klopp, because he is almost bigger than the club in a way, he is no different to a fan who you stand next to on the Kop – that’s how important he is and that’s how much he understands this club.

“It just shows how out of touch FSG truly are with the morals of the club and the morals and the ethos of everything this club stands for.”

As well as Liverpool, the owners of Manchester City, Manchester United, Arsenal, Chelsea and Tottenham Hotspur signed up for the proposed league alongside numerous clubs across Europe, much to the anger of many fans and figures across the sport.

Since then, all English clubs have removed themselves from the Super League with Manchester City leading the exodus.

In the aftermath of this situation, Liverpool owner John W. Henry shared a statement apologising to the fans of the Merseyside club for the “disruption” he caused in regards to the club’s involvement with the Super League.

Given how Klopp made his thoughts clear on a potential Super League back in 2019 as Banks mentioned, followed by the German reinforcing his views this week, it’s easy to see why he may have been let down by the club’s owners signing up for it before leaving.

Do you think FSG need to step down from Liverpool? 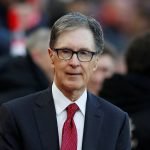 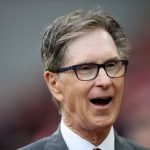 However, with Klopp also claiming that it is “not the situation” for him to leave the club and the fact that his current deal at Anfield is not set to expire until 2024, it’s safe, in our view, for the Liverpool fans to expect the German to remain where he is for the time being.