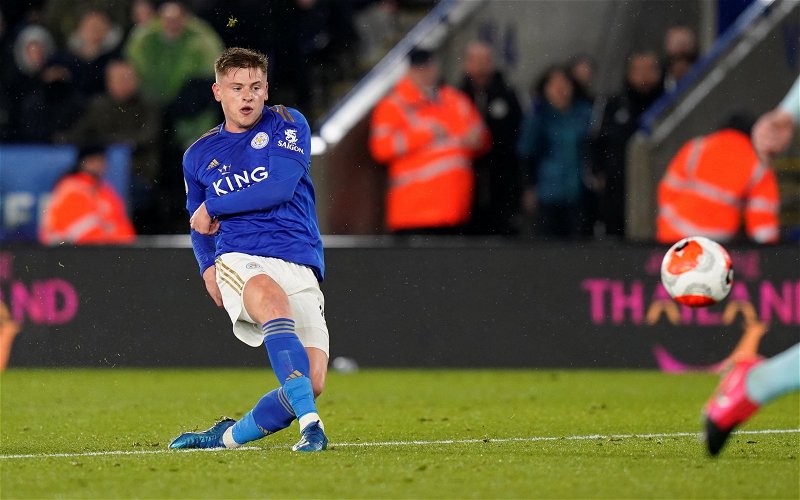 Leicester City journalist Rob Tanner has given an update on the club’s handling of Harvey Barnes’ recent injury.

The 23-year-old, valued at £31.5m on Transfermarkt, has been out of action for the Foxes since suffering an injury in their game against Arsenal back in February. And that absence is set to continue moving forward as the club have decided to send him in for surgery to repair the issue.

Speaking on the 5000/1 podcast, Tanner explained that whilst the club felt that they could load manage him until the end of the season, the club decided to prioritise his future rather than risking anything bad happening to him over the summer:

“They had hoped he might be back for the tail-end of the season, possibly with an eye on the FA Cup Final and England if he could play enough games to get himself back in the frame [for Euro 2020], although I think that would have been a long shot. But unfortunately, he’s had another little setback in training, he’s undergoing another minor operation to clean up the decision.

“They could have nursed him through and could even have got him back, but that would have risked losing him for the start of pre-season… they can take this time now with Harvey to get him absolutely spot on for pre-season, a big blow for the lad though as well to miss out on an FA Cup final.”

Will Leicester win a trophy whilst Rodgers is in charge?

It certainly does sound like a pragmatic decision on Leicester’s part, especially when you consider the impact he has had this season, with 13 goals and four assists in all competitions, which although it may have been diminished, could still have brought something to the table.

And you just hope that it works out for them when it comes to their end goals at the end of the season, whether it be winning the FA Cup or maintain their grip on third in the Premier League table and they don’t regret not having him as an option, even in a limited capacity.

In other news: ‘One of the possible targets’ – Journalist namedrops £9m-rated ‘solution’ for Leicester