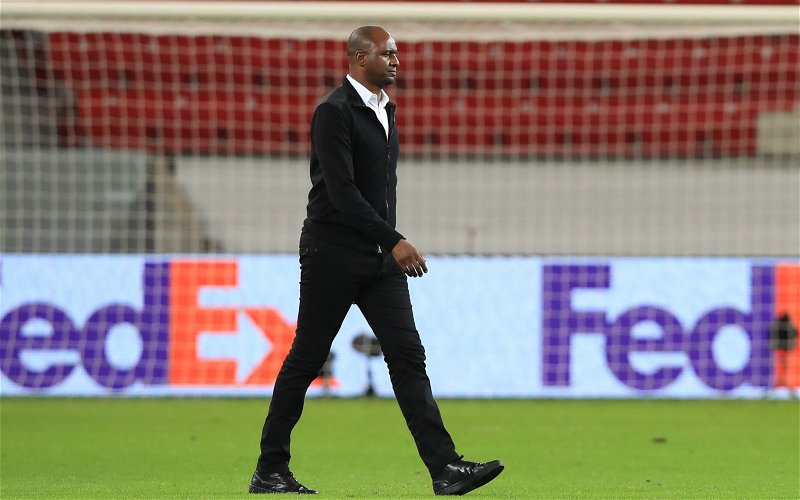 Marcus Bent has exclusively told This is Futbol that he would welcome the appointment of Patrick Vieira at Crystal Palace, should Roy Hodgson step down this summer.

With the ex-England manager approaching the final few months of his contract at Selhurst Park, Vieira is amongst a host of names being touted as a potential replacement.

The former Arsenal midfielder, who won three Premier League titles and four FA Cups with the Gunners, has never managed in England, but has gained valuable experience in the MLS with New York City FC, and in France with Nice.

And Vieira’s record is an impressive one, having led the American outfit to a second-place finish – their best since making their MLS debut in 2015.

Meanwhile, the Frenchman guided Nice into the Europa League following their fifth-place finish last season, although he was sacked in December with the Ligue 1 outfit sitting in the bottom-half.

Bent told This is Futbol:

“You need your chance. I think Palace are a little bit stagnant at the minute, and that’s no disrespect to Roy, but I think they probably need a change.

“For Patrick to come in and stabilise stuff if he could, and with his experience, not in the Premier League, but his playing days, would be a good refreshment for Palace, but would they take that risk? I’m not too sure, they’re staying in the Premier League now year after year.

“If Roy decides to leave, I think Patrick would be a good one.”