Exclusive: Pundit reveals that Scott Brown was offered a poor contract by Celtic

In an exclusive interview with This is Futbol, former Newcastle United and Manchester City defender Steve Howey has revealed that Celtic wanted to keep Scott Brown at the club, but their contract offer wasn’t good enough.

Brown is set to make his first move into management when he becomes a player-coach at Aberdeen alongside their new manager, Stephen Glass, who has arrived from Atlanta United’s reserve team. 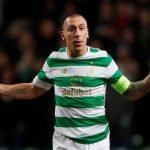 The centre midfielder has been with Celtic for 14 years and has won 13 trophies during that time so it came as a shock when it was announced that he would be leaving the Bhoys this summer, with Peter Lawwell suggesting they did everything to keep him at Parkhead.

However, speaking on why Brown didn’t sign a new contract at Celtic and how the 35-year old wanted to stay with the club as a coach, Howey told This is Futbol:

“I think he might have been a little bit hurt by the fact that I think he was offered a contract, but possibly not what he wanted because he did want to stay on.

“I’m sure he wanted to stay at Celtic in a sort of coaching capacity next season, but I know Stephen Glass really well and he’s a lovely lad.”

Brown has been a mainstay in every Celtic side since he signed from Hibernian in 2007 and he has been captain under several different managers, such is the high regard he’s held in.

Celtic had the chance to win a record 10th consecutive SPFL trophy, however they’ve had a poor season which allowed Rangers to instead win a record 55th league title.