Former Sheffield Wednesday man Carlton Palmer has expressed his sympathy for Owls boss Darren Moore an injury to one of his defenders.

Chey Dunkley, who only joined the club last summer, has seen his debut season disrupted by injuries, first as he recovered from a broken leg that he suffered last season, and more recently a hamstring injury that has seen him miss another few games, meaning he has only been able to play 11 times this season.

And those injuries don’t just affect the player, as Palmer explained in an exclusive interview with Football FanCast, that can also impact the man in the dugout ahead of what is a crucial part of the season for the Owls.

He said: “It’s difficult. Sometimes you go through these periods where you pick up injuries, there’s just nothing you can do about it. I mean, the problem you’ve got when you’re like this young lad, well, young… how old is he, 29? When you start picking up injuries like this, you can’t get any momentum going.

“For Darren, it’s difficult now because the games they have left are all cup finals. So he needs people who are at their best and at their fittest to enable him to get the results to keep Sheffield Wednesday up.”

Do you think staying up would be an achievement for Sheffield Wednesday this season?

Yes, that would be good 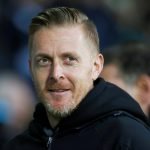 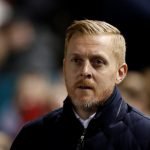 Palmer is right about these injuries, because given where Sheffield Wednesday are in the table, they need all the help they can get if they are going to stay in the division. And having a consistent, settled team to rely on can make a big difference in some of those games.

And if Moore doesn’t know when his best players, which Dunkley is given he leads the team in blocks and is 2nd in interceptions, are going to be available, then it’s hard to really make plans for those critical games which will ultimately decide their fate.