Many Leeds United fans have been talking about Patrick Bamford&#8217;s latest comments about Ben White that emerged on social media.

Bamford was recently talking to the official Leeds United podcast and discussed White and his time at Leeds (via The Boot Room). 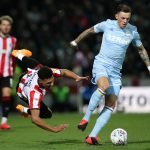 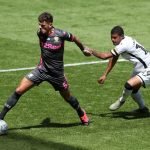 The Whites striker said that the fact that White is now back at Brighton does make it interesting for the defender. Bamford said that he has sent messages to the Brighton man and the former Leeds defender is enjoying his time at the Amex Stadium but claimed if he had stayed at Leeds, he could’ve been playing for England already.

These comments about White were relayed on Twitter by @leeds_utd_news. Many of the club’s fans made their views clear about White.

What do Leeds fans make of the comments about Ben White?

“Ah yes Potter’s way of developing great talent. Ruining their career by holding them back.“

“I’m just trying to imagine how sad that is.. if he had of still been at leeds he would have been in the England squad.. I’m seriously lost for words.”

“As soon as he signed that new contract it was game over for him. Could have been at a big club.”

White spent the 2019/20 campaign on loan at Leeds, when Marcelo Bielsa’s men were in the Championship. He was a regular for the Whites during that campaign, as he made 46 Championship appearances for the side and even scored one goal.

“Got to think just how bad of a move that was from Brighton, poor management.”

“Great shame for Ben. No doubt at all he’d have been catching Southgate’s attention.”

“Without doubt. Ben White under Bielsa was becoming a world class defender. Not so much at the tiny Brighton team.“

Even these Leeds fans believe that White could’ve played for England if he had joined the Elland Road-based side permanently.

Having said that, Brighton had rejected as many as three bids from Leeds for the defender and the valuation of the third bid was at around £25 million. White himself had turned down three contract offers from Brighton, which shows that perhaps he did want to rejoin Bielsa.

In other news: Big claim emerges over Bielsa’s future at Leeds United