Former Celtic player John Hartson has recently talked about Steve Clarke and the possibility of him managing the Hoops.

Hartson recently appeared as a guest on the latest edition of OTB Football and the former Celtic man discussed multiple issues involving the Hoops. He talked about the numerous managerial candidates to take over at Parkhead and one manager that he focused on was Steve Clarke. Hartson made it clear that Clarke would be his number-one choice to become the next Celtic manager if he is available.

Should Steve Clarke be Celtic's number one choice? 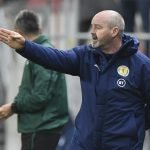 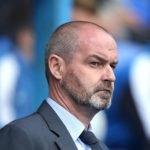 Clarke, of course, already has experience in the Scottish Premiership, having been in charge of Kilmarnock from 2017 to 2019. There, Clarke had a points-per-match tally of 1.77.

The 57-year-old recently guided Scotland to Euro 2020 qualification, helping them qualify for a major tournament for the first time since 1998.

Hartson made it clear that if he was picking a manager for Celtic, he would opt for someone like Clarke.

The former Celtic ace said: “Steve Clarke, I think, again, would be probably my number-one to go if he was available. But obviously, he’s in charge of the national team. I think Steve Clarke did a fantastic job at Kilmarnock.

“I think he’s worked with the best in the past, in terms of learning and picking up things from being an assistant. He’s got Scotland in the Euros, we will see how Scotland do there. He would be, for me, if I had the opportunity and I was picking a manager, I would probably opt for somebody like Steve Clarke.”

In the past, Clarke has admitted that it would be ‘nice’ if Celtic ever gave him a call to make him manager, which may suggest he would be interested in taking over.

He has previously worked under different managers at clubs like Chelsea and Liverpool, also taking charge in the Premier League with West Brom.

This shows that he’s highly experienced, having learned at big clubs and his most recent achievement with Scotland is no mean feat. So because of all that, Clarke may not be a bad option for Celtic.