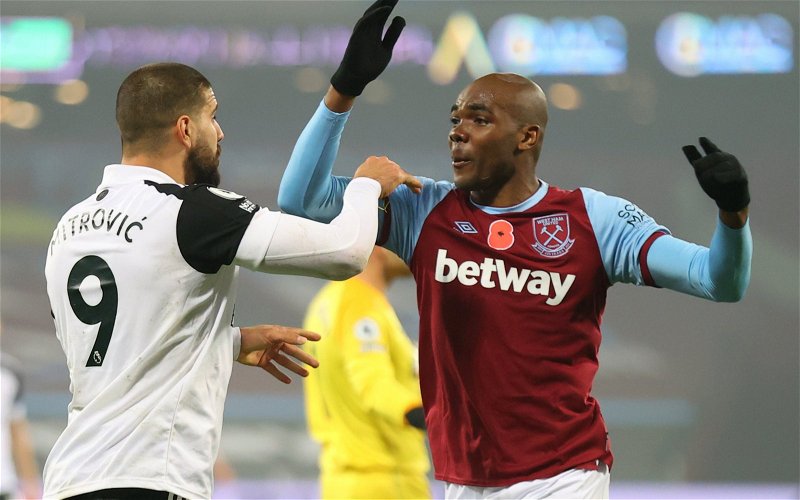 David Moyes has had to cope without the quintet for several weeks, often struggling to fill the bench and even naming two goalkeepers as substitutes in the defeat at Old Trafford due to the depleted numbers in West Ham’s first-team squad.

The London Stadium outfit are currently sitting in fifth position in the Premier League standings after an outstanding season, where they’ve exceeded everyone’s expectations.

However, multiple injuries to key players had threatened to derail their campaign after picking up just one win in their last four league outings, with Ogbonna’s absence a particularly big blow, so the encouraging news from ExWHUemployee will have pleased the Hammers faithful.

He said: “Obviously, Yarmolenko hasn’t played for us yet, but he, alongside Fornals, who just missed out on the Arsenal game, Randolph, who’s not been picked for his national team as a result, and Masuaku for the same reason, should all be back for the Wolves game, so that’s four new players for the Wolves game.

“Obviously, Randolph’s a keeper, but certainly Masuaku, Fornals and Yarmalenko give us alternative options, which is good. And Ogbonna should be back in training by the Wolves game and would be then targeting either the Leicester or the Newcastle match to play as well.

“So, touchwood, these players will come through the international window unscathed, and we should have a full-strength team to pick from, which would be good, first time in ages.”

The Hammers have struggled with multiple injuries in recent weeks, which have seriously limited Moyes’ options from the bench when things haven’t been going West Ham’s way.

However, it seems as though the international break has come at just the right time for the capital club, and they should be boosted by the return of several key players for the final few games of the season.

West Ham face Chelsea, Leicester City and Everton in their final nine games of the campaign, and having the likes of Yarmolenko and Ogbonna back for those potentially pivotal fixtures could be crucial in their push for Champions League football.