TalkSport pundit Simon Jordan thinks that Tottenham Hotspur fans will be relieved to see the back of Gareth Bale at the end of this season following his recent comments.

The Welshman recently made headlines when he spoke about his future at the club, or potential lack thereof, when he claimed that he will return to Real Madrid next season rather than stay at Spurs, whilst also stating that his only aim this year was to get fit for the European Championships.

And speaking on TalkSport’s White and Jordan show (6:03), the former Crystal Palace chairman claimed that Spurs fans might be happy to see him leave after his displays this season and that he never saw this move as a footballing one:

“I would also think a lot of Tottenham fans would breathe a sigh of relief, if they think that he’s going back to Real Madrid because his contribution this year has been very, very limited.

Do you think there's still a chance of Bale staying? 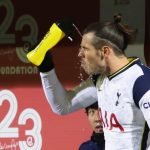 Jordan’s comments might have made more sense earlier in the season when Bale was struggling, and there were questions about his worth to the team.

And whilst his signing may have looked like a ‘Hollywood signing’ at the start, his impact on the team now that he has hit some form after getting a run of games under his belt, means that the debate around his future has taken on a whole different shape.

And if he continues to play well between now and the end of the season, then the desire for Spurs to bring him back, even after his comments, is probably going to get stronger and stronger.

In other news: ‘Ability to step up to the first team’ – Spurs legend excited about £225k-rated gem