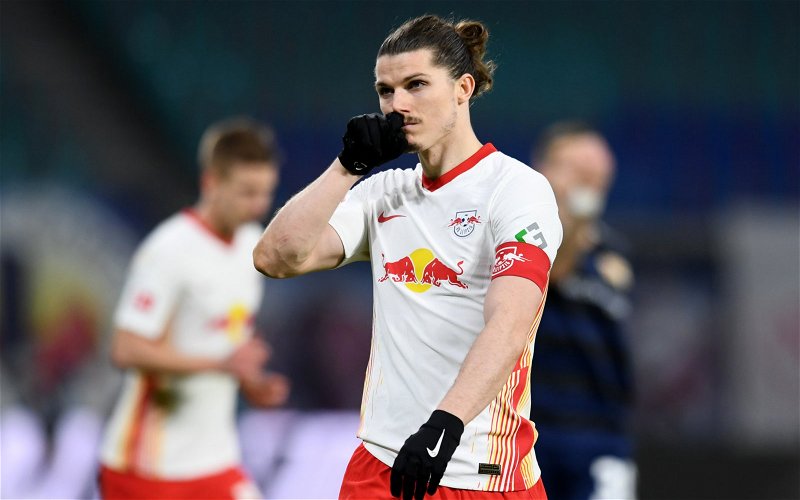 A lot of Tottenham Hotspur fans have flocked to a post from Daily Hotspur, which has relayed news from Alasdair Gold on Marcel Sabitzer.

The Football.London reporter claims that the Austrian is one of Spurs’ main summer transfer targets, and this has excited these Tottenham fans, who want to see Sabitzer in north London.

“Would be a great signing. Can cover multiple positions, captain of Leipzig – win-win.”

Yes, he would be a brilliant signing

Sabitzer rejected a new contract from RB Leipzig earlier this year, and now it looks like Tottenham are seriously considering making a move for him.

Sabitzer is very versatile, and this season alone, he has played in four positions, so you would think he could be a good addition for Spurs.

“Winks and Sissoko out, Sabitzer and Skipp in”

“We have to get rid of certain players in that position and replace them with Sabitzer, please Tottenham”

So, it looks like Sabitzer is a genuine target for Spurs, and it is clear that Gold’s report has excited these Tottenham fans.

We will have to see what happens in the summer, but this could be an exciting signing for Tottenham.

In other news: ‘Straight into ENIC’s pockets’, ‘Nonsense’ – Lots of Spurs fans fume at ‘ridiculous’ rumour