Many Tottenham Hotspur fans have been discussing a news report linking them with a move for Stuttgart star Nicolas Gonzalez.

A report from Sky Sports has suggested that Spurs are looking to move for Gonzalez in the summer, and they see him as a potential replacement for Gareth Bale. It has been stated that Tottenham have been monitoring the situation of Gonzalez for some time now and along with him, they&#8217;re also looking at Lille star Jonathan Bamba.

Should Spurs replace Bale with Gonzalez? 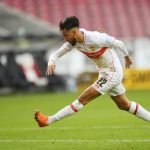 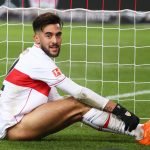 This news about Gonzalez was relayed on Twitter by The Spurs Web. Many Tottenham supporters made their views clear about the player.

What do Spurs fans think of Nicolas Gonzalez?

“Yesss pleaseeee.”
Credit: @Tomdelia7
“If Bale doesn’t stay next season we need to go all out for Dybala . No one else.”

Bale has already stated that his plan has been to stay at Tottenham for a season, play some first-team football and then play in the Euros in the summer. He’s claimed that his original plan was to stay for only a single season and then see out the final year of his contract at Real Madrid.

Gonzalez is a left-winger by trade but he can play on the right side and as a centre-forward. Fans continued to respond to the rumour, with some suggesting that it was not only Bale’s future at stake following the reported interest in the Argentine.

“Nicolás is an amazing talent and has more future-quality than Paulo, as he’s near 30yo while Nico is under 23. Both are excellent ins for us, Lucas Ocampos would be good too.“

“Watched him against Bayern looked bright tbf when he came on, obvs stuggart were getting battered anyway though.”
Credit: @CSand3rs

Some of these Spurs fans seem to want Gonzalez at the club and they’re making their views clear about the player.

The 22-year-old has impressed for Stuttgart this season, playing 15 Bundesliga games and scoring six goals, while picking up two assists. In the 2. Bundesliga campaign last season, he scored 14 times for his side.

This is a reflection of his quality as a player, although his fitness record over the last two seasons hasn’t been great and he’s already faced four different injuries this season. That might prove to be an issue and because of that, Spurs might have to explore other options to replace Bale.