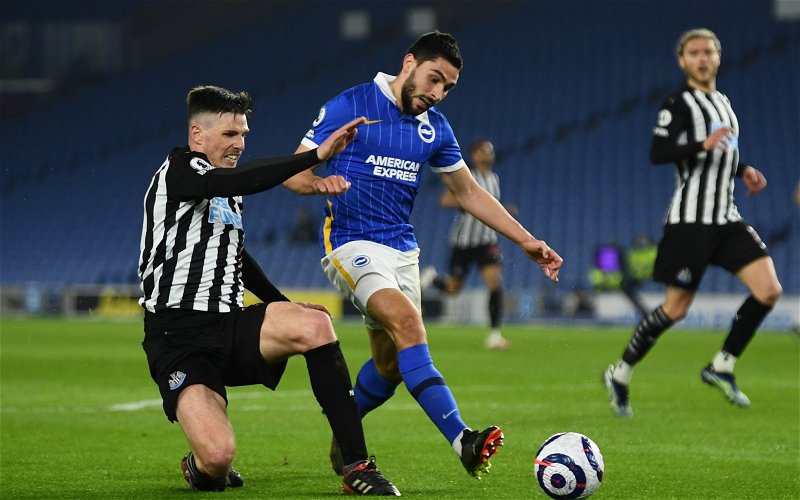 A lot of international fans have taken to Twitter to slam Newcastle United defender Ciaran Clark’s display in the Republic of Ireland’s humiliating 1-0 defeat to Luxembourg in their recent World Cup qualifier.

Ireland have not taken any points from their opening two games in their quest for a place at the 2022 Qatar World Cup after losing 3-2 against Serbia on Wednesday night.

Gerson Rodrigues’ 85th-minute goal proved enough for the away side to clinch the points in Dublin which left Stephen Kenny’s side slumped rock-bottom of Group A.

In response to the centre-back’s display in the game, fans took to Twitter to let their feelings known.

“His passing has been absolutely awful so far. Unless it’s a simple 5-yard pass he has given it away. And even then he is putting the receiver under pressure”

Will NUFC survive the drop?

Clark only played 60 minutes of the game after being taken off for James McClean on the hour mark as Ireland chased three valuable points.

The 35k-per-week defender has featured 18 times for the Magpies this season in the Premier League, however, Steve Bruce’s side are in serious danger of facing the drop as they sit just two points ahead of 18th-placed Fulham.

All in all, it is apparent these supporters were left far from impressed by the Newcastle defender, who did not even make it past the hour mark on what was a chastening night for the Irish.

In other news: ‘I want to know who’ – Ex-St. James’ Park man launches scathing over big Newcastle call