Pundit Robbie Earle has recently talked about Fulham defender Joachim Andersen and his suitability to Liverpool.

Earle was recently hosting the latest episode of The 2 Robbies podcast and the panel discussed multiple issues involving the Premier League. One club that they focused on was Liverpool and their recent loss to Fulham. Earle hailed Andersen as the ‘underappreciated player of the week’ and he believes that he would be a ‘perfect’ fit for the Reds.

In the loss to Fulham, Liverpool fielded Nathaniel Phillips and Rhys Williams at centre-back, while Andersen started at centre-back for Scott Parker’s men. The Danish centre-back picked up an impressive rating of 7.68/10 for the Craven Cottage-based side (as per WhoScored).

Would Joachim Andersen be a good signing for Liverpool? 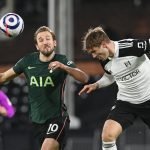 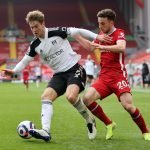 Earle praised Andersen and while he tipped Liverpool for a move, he believes that one or two other clubs could be swarming around him in the summer.

The pundit said: “My underappreciated player of the week goes to Joachim Andersen, the big centre-half on loan from Lyon. He’s 24 years of age – he’s a man back there. He can win it, he can play, looks like he’s got a little bit about him to organise those in and around him.

“Right now, he would be a perfect fit for Liverpool Football Club, by the way. Good size, can play, looks commanding, looks like he can organise, he’s 24 years of age.

“He’s on loan and he’s one of those that one or two might look at – and Fulham will obviously want to try and keep him themselves – but one or two others might just look at him and think, ‘Hmm, there’s a player in there.'”

TIF Thoughts on Andersen and Liverpool…

24-year-old Andersen has played 22 times in the Premier League for Fulham this season, picking up a very good rating of 6.95 for the side. He has won as many as 3.5 aerial duels per game (as per WhoScored).

According to FBRef, he has similarities to the likes of Sven Botman and Duje Caleta-Car. Both players were linked with a move to Anfield, so if Andersen has similar metrics as the two Liverpool targets, perhaps he could also be an option for Jurgen Klopp’s men in the future.