Liverpool journalist Paul Gorst has been sharing his thoughts on Reds attacker Roberto Firmino and his role in the team throughout the remainder of the current season.

This comes after Gorst made an appearance on a recent episode of the Liverpool Echo’s Blood Red Podcast where he spoke about a number of topics concerning the Merseyside club.

Who would you start against Wolves? 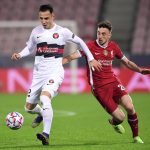 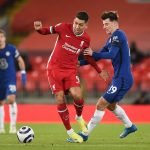 On the subject of Firmino, who has missed Liverpool’s two previous games because of a knee injury, Gorst had this to say about the Brazilian and his role in Klopp’s team moving forward. (27.34)

He said: “I think [Diogo] Jota’s return might just be a little bit of a kick up the backside for Firmino and he’ll have been watching on Wednesday night on Merseyside with a trademark smile no doubt as Liverpool moved into the quarterfinals.

“But I think maybe in the back of his head there would have been a little alarm bell that suggested that he’s not going to get back in this team immediately and he does have a bit of a fight on his hands to regain his place because if Jota was still out injured, you’d expect Firmino to walk back in ahead of Divock Origi or even if the system was tweaked and a Xherdan Shaqiri but with Jota, he’s had such a positive impact all season really so I don’t think it’s a foregone conclusion that Liverpool’s number nine instantly gets back into the team and that can only be a good thing for Liverpool I think when you think of Firmino having something to prove when a chance comes again and Jota looking to kind of keep him out the side and stay in the side himself.

“So, I think both players having something to play for will be beneficial for the next two or three months.”

Liverpool signed Firmino back in the 2015 summer transfer window from German side Hoffenheim for £36.9 million.

Since then, the 29-year-old, who is currently valued at £64.8 million, has made 281 appearances for Liverpool in which he has managed to score 84 goals and provide 67 assists in the process (per Transfermarkt).

Given how Firmino failed to score a goal or provide an assist for Liverpool in his three previous league appearances, it’s understandable why Gorst thinks he may have a challenge on his hands to get back into the team.

In our view, if Firmino is able to play in Liverpool’s upcoming Premier League clash against Wolves on Monday night and manages to make a significant impact in front of goal for the Reds, then this would be a good way of staking his claim that he belongs in the team.