Leeds United journalist Phil Hay has made a claim surrounding the fitness of midfielder Mateusz Klich.

The 30-year-old Polish international has been something of an ever-present under Marcelo Bielsa, starting pretty much every game in the league since the Argentinian arrived at the club in the summer of 2018 and has been a crucial part of the way the team sets up, having scored 19 goals and chipped in with 19 assists.

But recently, the levels of production just haven’t been there for him, as he has failed to register a goal or an assist for 10 straight league games.

And speaking on the latest edition of The Phil Hay Show, Hay mentioned Klich’s fitness levels as part of an overall discussion about the size of the squad and the lack of options for Bielsa to rotate with over the course of the season.

He said: “Were it a full-strength side on Saturday and had it been for the last few weeks, these games become a little bit easier to judge, but I think it takes us back again to the discussion about whether the depth in midfield and the range of choice there is good enough. I don&#8217;t think it quite is when injuries bite.

“I look more and more at Mateusz Klich, and I see a player who does seem to be flagging and doesn’t seem to have that spark that was there when he played so well prior to Christmas. I’m thinking particularly of the game against Everton at Goodison Park – he and [Kalvin] Phillips were terrific that day and part of the reason why Leeds was able to get a good win against Everton.” 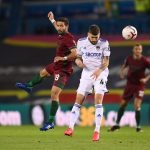 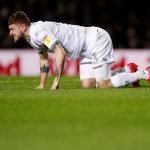 Bielsa has made it clear in the past why he has a preference for carrying a small squad, but it looks as if it might take something drastic for him to change his mind on the matter, such as Klich’s form going completely down the drain – and given that he has a WhoScored rating of 6.57 this season, ranked 14th in the team, might already be happening.

But whilst things are going well for Leeds United – comfortably out of any relegation trouble and with an outside shot of Europe – there probably won’t be any need or demand to make any changes, unless of course they are forced upon Bielsa.