Smith appeared as a guest on the latest episode of the Totally Football Show podcast and the panel discussed multiple issues involving the Premier League. One topic of discussion was Southampton’s request to the Premier League to not have Mike Dean or Lee Mason referee their games. Smith talked about this request and said that there is a mechanism which allows this to happen.

The Saints recently lost 9-0 to Manchester United in the Premier League and the game saw Jan Bednarek get sent off. Dean initially only awarded a penalty to United but later red-carded Bednarek after being instructed by VAR to watch the replay on the pitchside monitor. While going down the tunnel, Bednarek had even said that “Martial said it’s not a foul”. As a result of these incidents, the Saints have made it clear that they don’t want Dean to referee their games (as per BBC Sport). 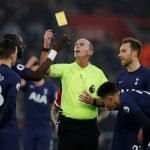 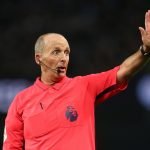 Smith was talking about this and insisted that this is standard practice, especially if a referee makes a major mistake against a team.

He said: “There’s a mechanism that exists that allows teams to do this, and whether you think it should or not is kind of immaterial that they’re allowed to do this, and I think it’s relatively long-standing and fairly standard practice.

“And to an extent, it makes sense if there’s been a referee who makes a major mistake against one team or some sort of gross error of judgment or something, that team might say, ‘Look, it’s in everybody’s interest that, you know, the next few weeks, they don’t referee us.”

Apart from Bednarek’s sending off, another contentious decision involving Saints saw VAR disallow Che Adams’ goal when the scoreline was at 4-0.

Even in Southampton’s game against Aston Villa, Dean was involved in a call regarding a handball from Matty Cash. The defender had blocked Stuart Armstrong’s strike with his outstretched arm but Dean, who was the VAR official for the game, decided that it wasn’t a spot-kick (as per the Daily Echo).

Considering that incidents involving the referee aren’t a one-off case, it is easy to see why Southampton don’t want him to referee their games.