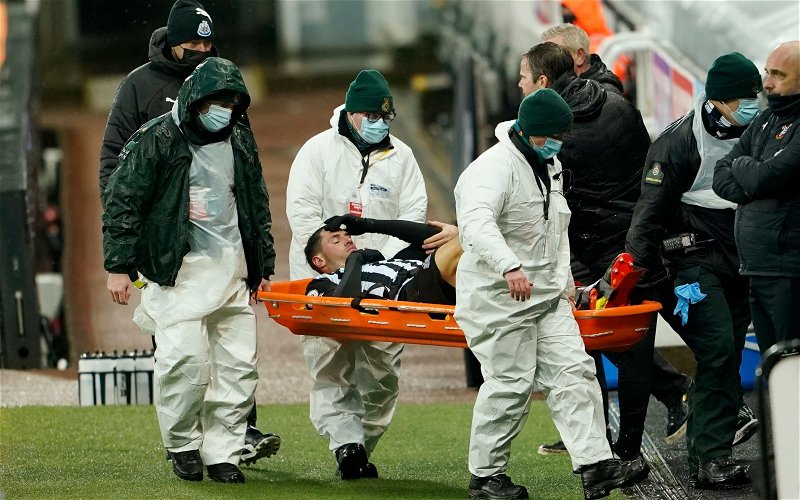 Since joining Newcastle from Deportivo de La Coruna in what was a £3.6 million deal back in the summer of 2018, Schar has gone on to feature 72 times for the Magpies, chipping in with five goals and providing one assist along the way.

However, with the £11.7 million-rated 29-year-old recently suffering a knee injury in the club’s 3-2 victory over Southampton, an injury which looks set to keep the centre-back sidelined for several weeks, it remains to be seen whether the Switzerland international will play for Steve Bruce’s side again, as his £40k-per-week contract expires at the end of the season.

Although speaking exclusively to This is Futbol, former Newcastle player Howey stated his belief that the Magpies will look to keep Schar on a further year, at the very least.

“I’ll be very surprised if they didn’t [keep Schar on].

“I mean, it’s eight weeks this one – if it was going to be long term, the decent thing for a club to do would be to keep them, let them get the rehab and then see how they are and then have a look at them.

“But that would be the worst-case scenario and putting pressure on the lad because that means he’s thinking, ‘I’ve got to get back, I’ve got to perform’. For me, I think he’s got money in the bank – I think he’s given enough good performances to warrant that contract.

“Would it possibly be the contract that he was expecting if he was fully fit and still playing from now until the end of the season? Probably not. So, he’s got a decision to make as well because he might say, ‘Well, look, I’m going to be fit in eight weeks. I can go to A, B or C. These are interested, these are interested – I want to see what they offer, what security they offer’.

“So, he’s got options as well. But I think, ultimately, if you look at it in a way that, he’s injured and his contract is up, if I were the manager or the owner, I’d be saying, ‘Right, what are you looking for?’.”

Should Schar get a new deal at Newcastle?

This season, Schar has made 16 Premier League appearances for Steve Bruce’s side, making an average of 0.8 tackles, 1.6 interceptions and 3.1 clearances, culminating in an average WhoScored match rating of 6.44 – ranking him as the club’s joint 15th-best performer in the top flight.

However, while the defender’s returns this term are not exactly demonstrative of the finest form in the world, the fact that Newcastle currently only have Jamaal Lascelles, Ciaran Clark and Federico Fernandez – who is also out of contract this summer – as further centre-back options in their first-team squad means that, unless heavy investment is made over the summer transfer window, the club may have no choice to keep Schar on, whether they like it or not.