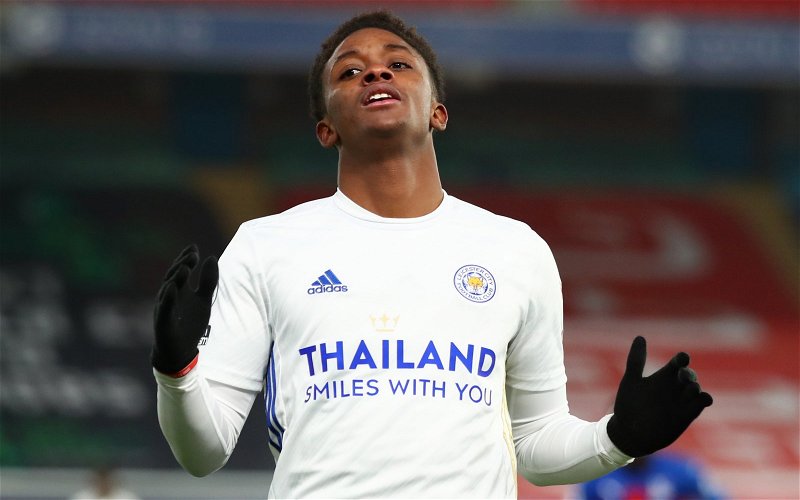 Dominic Fifield was speaking on a special transfer deadline day video by The Athletic about transfer news from Crystal Palace.

One deal that he spent a bit of time on was the Eagles’ failed move for Demarai Gray, with the former Leicester City winger joining Bayer Leverkusen instead of moving to Selhurst Park.

However, despite Gray signing an 18-month deal with Leverkusen, it seems that Palace will continue to monitor the 24-year-old.

Fifield said: “They held talks with him and weirdly, that deal sort of went a bit quiet, I think they had maybe second thoughts about a player that had only played 18 minutes of Premier League football all season.

“In that little period where they wavered, Bayer Leverkusen came in quite strongly for Gray, and he’s gone over there now on an 18-month contract, which seems remarkably short.

“I do think that he’s a player that Palace will continue to track and see how he fares in the Bundesliga.”

Do you think Gray will end up at Palace?

Yes, he could do

No, that won't happen

This season, the 24-year-old had been limited to just one Premier League appearance and then a further one EFL Cup appearance for the Foxes’ first team, and with his contract at Leicester expiring at the end of June, it is no surprise that they got rid.

However, it does seem odd that Palace were in talks and then changed their mind, but his contract with Leverkusen is very short, so maybe he will eventually end up at Selhurst Park.

Gray never really performed that well for the Foxes in the Premier League, as he scored 10 goals and provided a further 11 assists in 133 top-flight appearances, so maybe he wouldn’t have had that much of an impact for the Eagles.

Either way, we will be intrigued to see how he does in Germany and where he is playing his football in 18 months.